Province of Alberta High School Graduates (Class of 1996)
Project 3 compared the school-work transitions of Generation Y (Canadians who left high school in the mid-1990s) and Generation X (the generation that followed the “baby boomers” and left high school in the 1980s). In 1996, information was collected from high school students in rural and urban communities across the province of Alberta. A total of 2,681 Grade 12 students in 58 schools provided baseline information about their school and work experiences and aspirations. Seven years later, in 2003, 1,967 of these young adults participated in a follow-up survey. 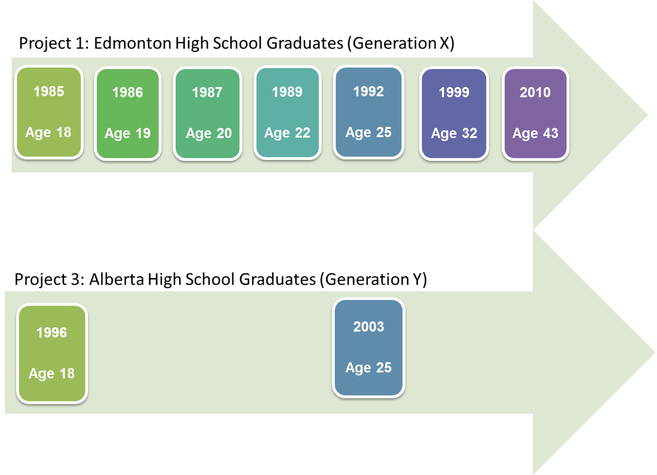